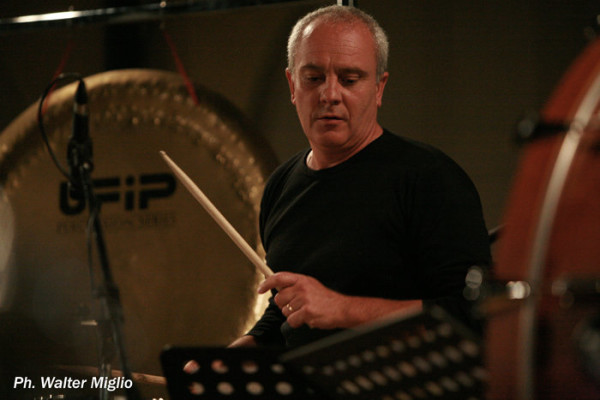 He earned a degree in 1991 at the Conservatory in Como guided by M° Ben Omar. He won first prize with the Naqquara group at the young musicians’ international competition of Stresa and also at the national percussionists’ competition of Bovino (Fg).

He is an active musician, as a percussionist (Percussionist Staff), but mainly as a drummer.

He partecipated in many pop music tours. He also appeared in several TV programs, because he was the first drummer with the RAI orchestra of Milan and he played with them for many years.